Have Gun, Will Travel 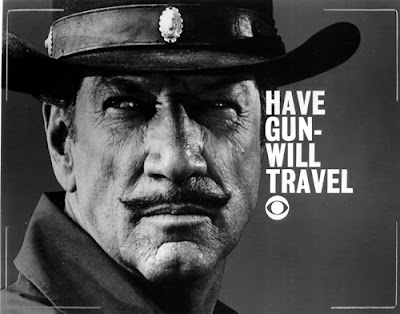 Richard Boone was probably one of the ugliest men ever to become a TV star. His MEDIC series of the mid-fifties revealed him as a surprisingly deep and intelligent performer. 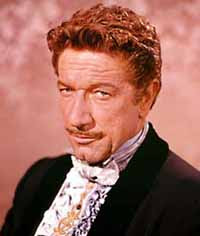 HAVE GUN, WILL TRAVEL is the story of Paladin, an erudite man of culture and breeding who sets himself up as a self-styled knight of the old west.
Based in a San Francisco hotel, he dons an all-black "uniform" to perform various quests and other righteous good deeds for folks who seek him out. sometimes for many, sometimes for other reasons. 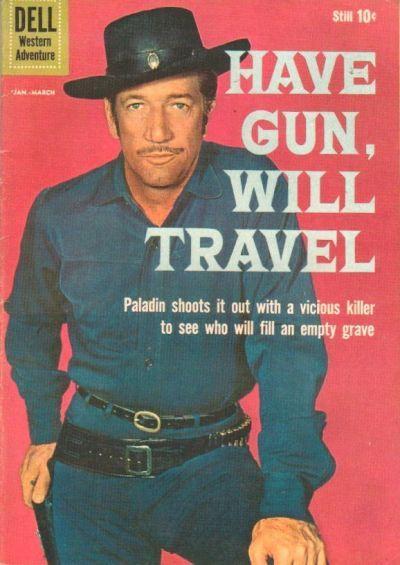 Paladin gets his clients by distributing the card below throughout the land. Although the character was   given no first name (even the supposed last name, "Paladin," is a word defined as "A knight renowned for heroism and chivalry.") the joke was that his first name was right there on his card--"Wire." Wire Paladin. 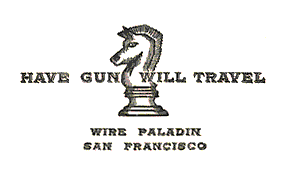 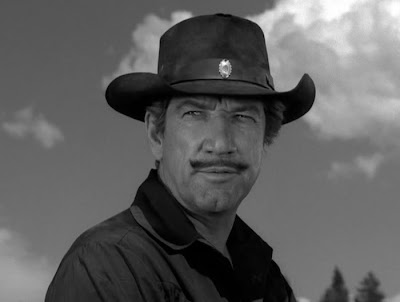 My friend Martin Grams wrote this definitive book on HAVE GUN WILL TRAVEL. 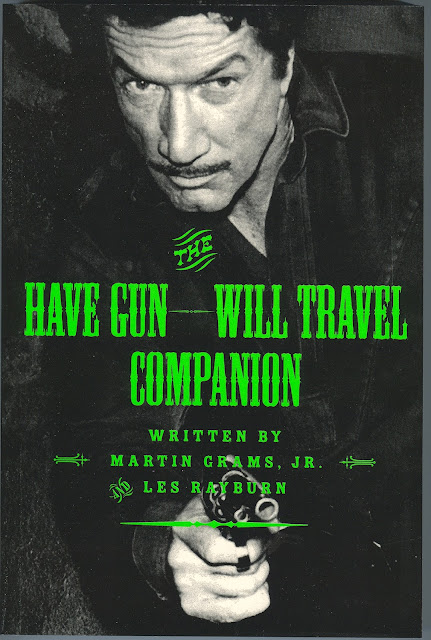 Although dramatic radio was on its final legs, HAVE GUN, WILL TRAVEL was adapted into a radio series as well. On radio, Paladin was played by veteran radio western star John Dehner. 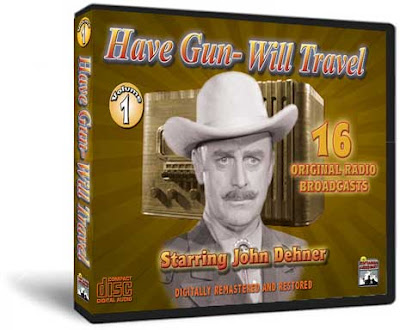 The only other semi-regular on the series was the character Hey-Boy, a Chinese servant at the hotel. I played Hey-Boy twice on-stage in re-creations of original HAVE GUN, WILL TRAVEL radio scripts. 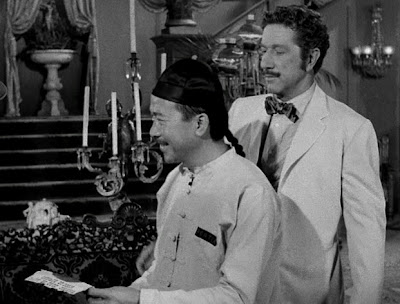 more than a decade after Paladin left the airwaves, Boone reappeared as HEC RAMSEY, a character widely speculated to BE Paladin himself, aged and now obsessed with learning modern methods of fighting crime 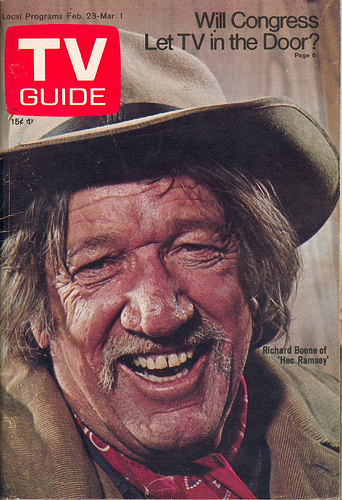 Boone's face may not have been that of a typical cowboy star but he had personality and brains behind it. On top of that, he was an excellent actor whose efforts made Paladin into one of the most memorable TV cowboys of them all. 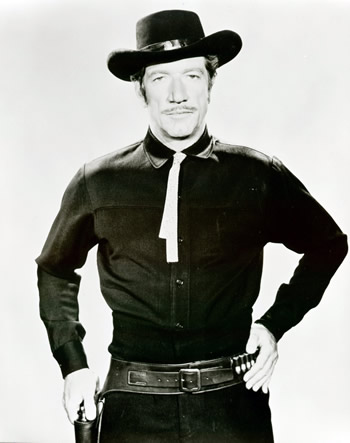