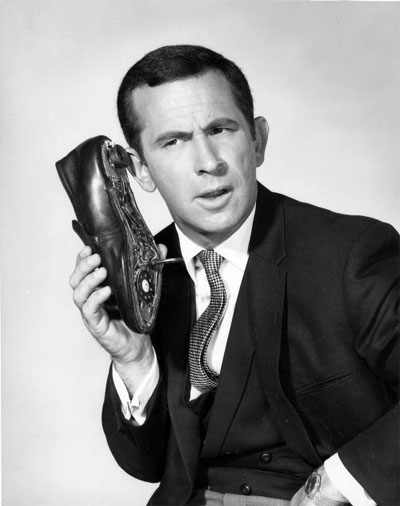 Byron Glick was the name of the character stand up comic Don Adams played on THE BILL DANA SHOW in the early sixties. It was a characterization he had used in his comedy act before and afterwards Leonard Stern, Mel Brooks and Buck Henry tossed that characterization into the mix of their spy spoof series, GET SMART. 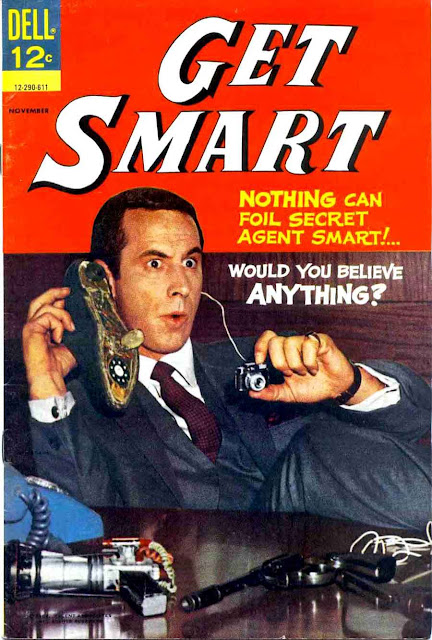 Coming from that pedigree, the show was bound to be amusing but Adams pushed it over the top. His catchphrase, "Wouldja believe...?" jokes caught on and were a national craze. Don played Maxwell Smart, an inept but bizarrely lucky secret agent who communicated via his shoe phone. 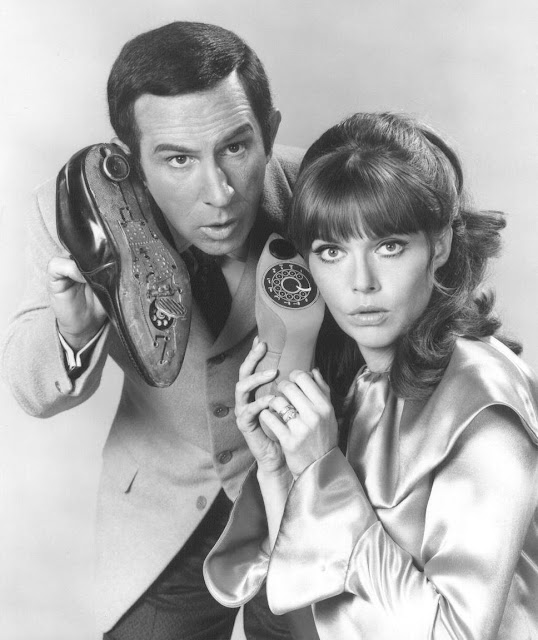 Barbara Feldon came to the series from a sexy TV commercial and became one of THE TV sex symbols of the sixties because of this show. She played Agent 99, never referred to as anything else (some reports say her real name was "Susan Hilton" but that's revealed as an alias) even after she and Max get married toward the end of the run. 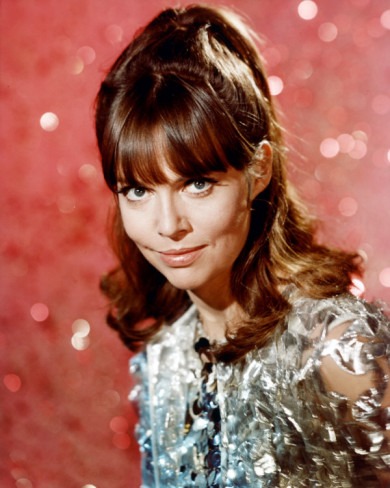 As with many series, the marriage (and subsequent twins) signaled the beginning of the end of GET SMART. 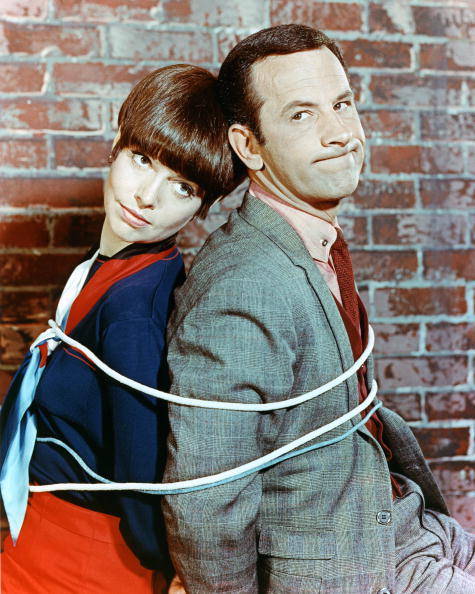 At its peak, GET SMART was heavily merchandised with books, comics and toys. 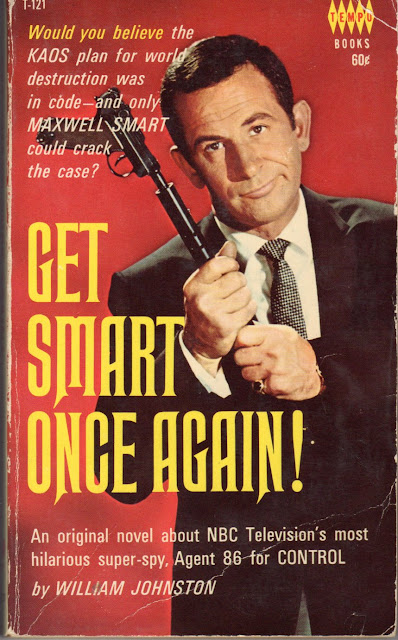 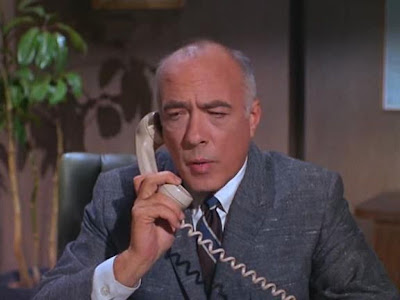 Some wonderful supporting players such as Bernie Kopell, Dick Gautier and King Moody appeared on a regular basis with veteran actor actor Ed Platt played "The Chief" who often communicated with Agent 86 (Max) under the "Cone of Silence"...or rather, tried to communicate. 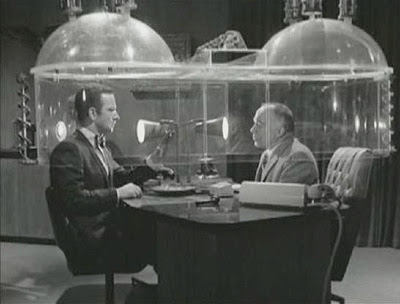 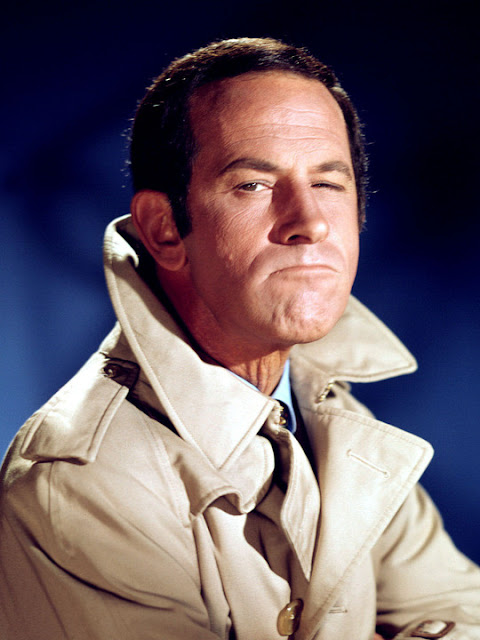 GET SMART was popular enough that a decade after its cancellation it made the jump to the big screen in THE NUDE BOMB. Adams returned as Max but virtually nothing else was the same. Hopeful audiences were disappointed. 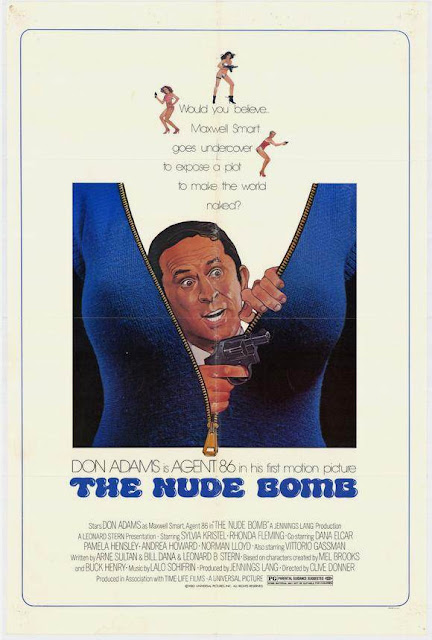 Some years later, another attempt at a movie was made, this one for television and reviving Barbara Feldon as 99 as well as many of the original series' supporting characters played by their original actors. 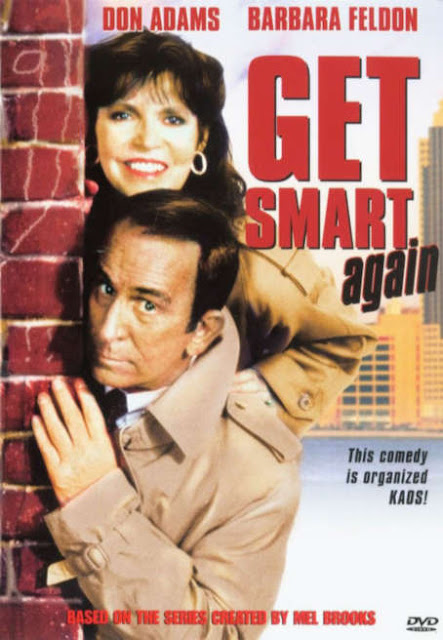 This one was popular enough to lead to a full-out series revival in 1995--albeit not a good one (and cursed by the appearance of Andy Dick as "Zach Smart." 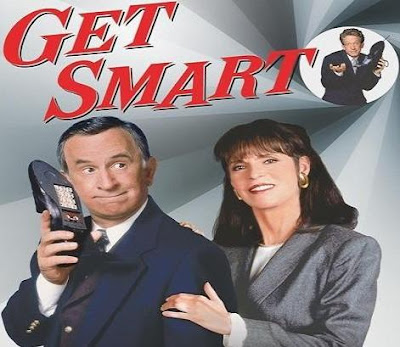 In spite of yet another big screen revival, this one after Don Adams' death and starring Steve Carrell and Anne Hathaway, the original GET SMART remains perennially popular in reruns.